What to do when TSR fails you?

I enjoy the Youtube channel Meditative Mind and consider Dilpreet Bhatia's voice to be one of the most soothing out there. He's also pretty cute. With this thought in mind, I want to make a sim of him, but I'm not super fond of the only turban TS3 seems to provide. My next stop, at TSR, came up empty. With this saddening news, I'm reaching out to the two or three who think me worth their time. I guess I could post this request on the Official Forum, but I'm too lazy to do it. Also, the request would probably get swallowed up in short order.

Anyway, to those two or three awesome types, if there's a turban floating around for TS3 that isn't hidden behind a paywall and can be downloaded via mediafire or the like (no launcher, plz!) that you can suggest, I would be in yer debt. Many, many thanks! 😊 Meanwhile, it's a weekend. I did two loads of laundry and made some soup for lunch and supper. I am probably going to get some essential stuff tomorrow. Here in Manitoba, non-essential shopping is verboten. So far, unless someone changes their mind, gift cards are considered essential. They were considered non-essential at first but someone changed their mind.

I'm listening to the combined greatness of the hang drum and the mridangam tonight; courtesy of Meditative Mind. Do give their stuff a listen to, and make sure you check out Dilpreet Bhatia's excellent chanting on both his channel and on Meditative Mind's channel. I finished reading 'Contagious' and did not rate it as highly as I did 'Pandemic'. I'm reading a series in reverse, it appears. Not that I'll be able to read the first book for a while yet. Only once the library's opened up again... set to happen on the 18th of Vaccine in the year of our Plumbob 20XX. At least the schools are still open. 😷

Now, this wouldn't be one of my silly posts without the following to round it out. 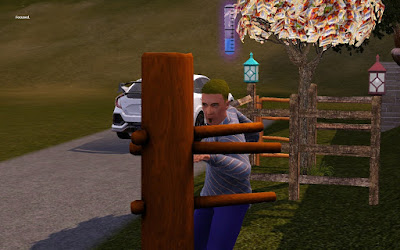 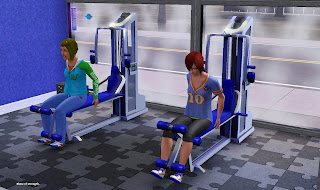 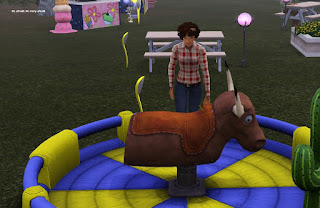 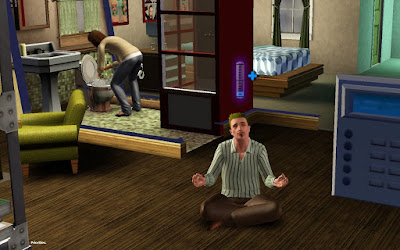 I'm sharing my usually silent space with noisy 6s until Xmas Break. It was either this or a complete and total lockdown for our school division (I'm guessing; and that could happen anyway). So one of my favourite co-workers has moved in and turned the library into a makeshift classroom. Today was the first day with these 6s. I was expecting chaotica but it's too early for that. Once the kids settle down a bit; then the chaotica and shouting will follow. The pandemic continues to work its deadly skill upon the hospitals and the ICUs of the world.

Even Nunavut is no longer immune. I was in awe of Nunavut earlier this year but it has joined the rest of Canada. At least they're smart enough to institute stringent lockdown rules. The rest of Canada would do good to follow suit. Perhaps it's too late for that. It might be too late for our divided neighbours to the immediate south. At least they voted for a new Prez that won't cause America's rep to continue its freefall. Not that he could do any worse than the Orange Nuisance, at this point. He certainly cannot do any worse. At least, I hope he will not do any worse.

I plugged my car for the first time this winter tonight. Exciting, this wintertime! Now for some generic pics. 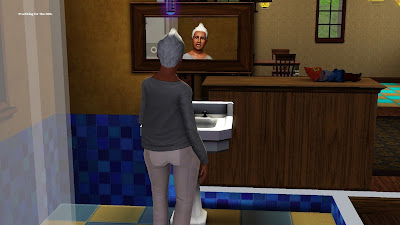 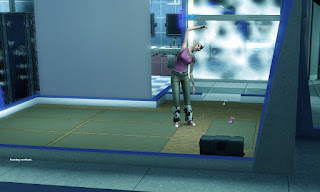 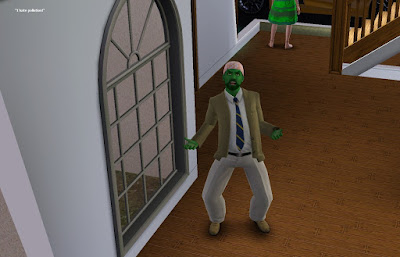 Who is this, anyway?

L.B.
A decrepit crone reaches out with withered claws to greet you. Come and spend some time looking at my nonsense.